Cecinas Pablo has just won the ‘nobel’ award for agri-food, a recognition of the quality and constant innovation of one of the companies with the most external projection in León

Cecinas Pablo’s commitment to agrifood quality makes it one of the most projected companies in the Community. With a history of almost half a century, Cecinas Pablo is the company responsible for the best cecina in the world endorsed with five stars in the Great Taste Awards, the Oscars of food; three stars for the quality of its cured meat and two for innovation. Now he throws himself into the healthy snack.

The company has achieved that the consumer has the sensation of eating a potato chip while what it actually consumes is a protein based and trans fat free product that has not been fried with oil, but dried, and that in addition to healthy preserves The original flavor of the sausage. The ‘sticks’ of cecina, ham, fuet and chorizo ​​are mini choricitos without guts that are an innovation through extrusion, being easier to chew. Its shape is reminiscent of sweet licorice, so they are ideal for children’s snacks, or to snack between meals. Its elaboration, carried out with the most artisanal meat treatment techniques, makes them a source of proteins with high biological value and low fat, carbohydrate and calorie content.

In addition to the quality of raw materials, traditional processing and innovation, Cecinas Pablo’s growth is due to the diversification of production, where refrigerated foods such as Pastrami or beef tongue as well as cruchips stand out, some snacks that are made with beef and pork and that keep all the flavor of the best loin, beef jerky, fuet and chorizo ​​but without fat, since in its production process no oils are used but a drying technique that makes them healthy for everyone. Cecinas Pablo is today a reference in the international market. Pablo is the last name that is associated with high quality Cecina, just like other brands do it with ham. Cecinas Pablo is a guarantee of success. It offers tranquility for the restaurateur and consumer because they know that a juicy jerky, a jerky that does not fail, is always served on the table. 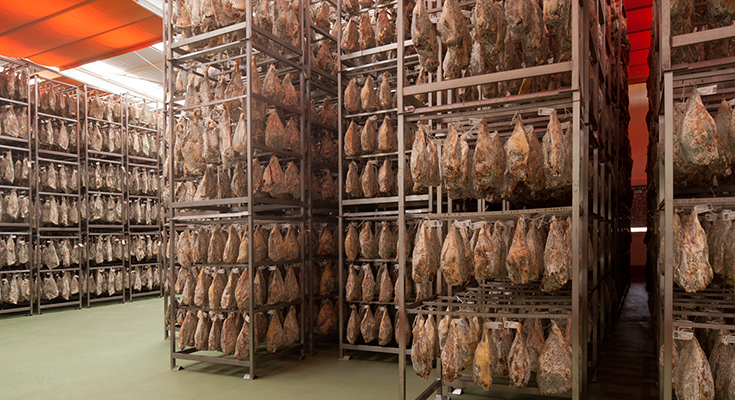 Cecinas Pablo is an example of innovation.

Thanks to this spirit, the project that Pablo and Angelines launched in 1977 has become a business ship that exports to 27 countries on four continents and has won, among other awards, the Great Taste Awards, known for their Worldwide prestige like the Oscars of food. In these awards, the Leon company achieved five stars: three of them for the excellent quality of its beef jerky and two for innovation.

A family that, since its inception in the meat industry, has not stopped revolutionizing the beef market and now exports its products globally. Cecinas Pablo today is an example of innovation based on respect for tradition and with a vocation to place León’s products at the top of international gastronomy.